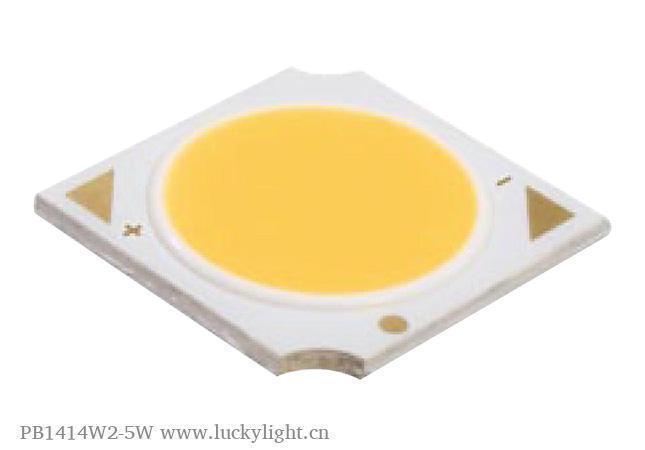 COB (Chips on Board) LED is a new technology of LED packaging for LED light device. COB LEDs offer many advantages over the standard options. COB LEDs are basically multiple LED chips bonded directly to a substrate by the manufacturer to form a single module. Since the individual LEDs used in a COB are chips and not traditionally packaged, the LED chips can be mounted such that they take up less space and the highest potential of the LED chips can be obtained. When the COB LED package is energized, it appears more like a lighting panel than multiple individual lights as would be the case when using several SMD LEDs mounted closely together.

The application possibilities for COB LEDs encompass a wide range. While these devices could be used for higher output general lighting, the primary use for COB LEDs would be as solid-state lighting (SSL) replacements for metal-halide lamps in applications such as high-bay lighting, street lights, and high-output track lights and downlights.

Luckylight offers many different kinds of COB LEDs, which are categorized by Forward (Driven) Current, Flux, Power (watt), Color Temperature and CRI. The parametric filters on our website can help refine your search results depending on the required specifications.